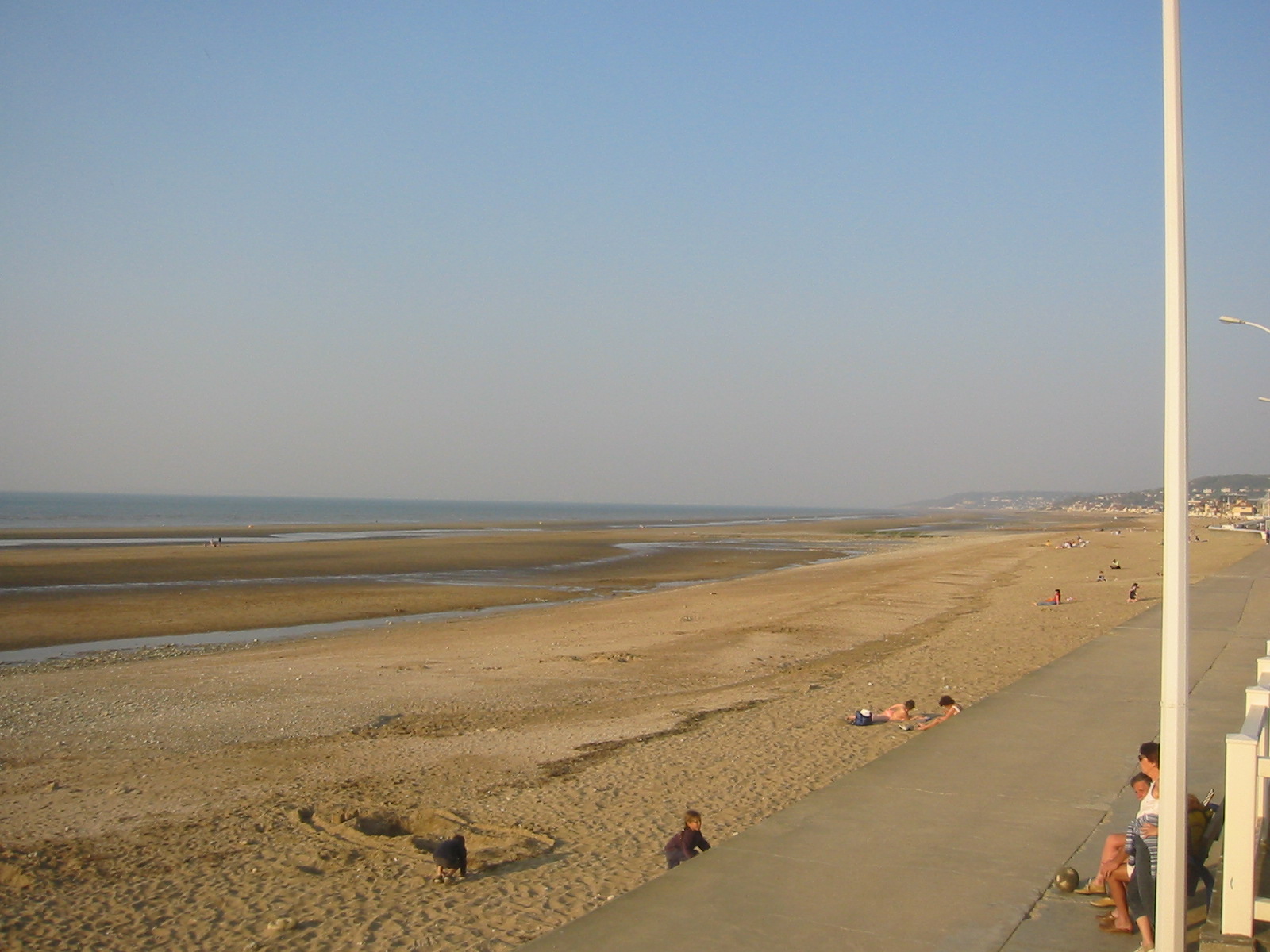 The foreshore was constantly going down. The erosion rate was evaluated between 0.3 and 0.8m per year. To fight this erosion, 4 groynes were installed on the beach. A large and humid area had appeared on the beach, due to the resurgence of the water table.

The system consists of :

The water table has lowered and the beach is desaturated on the impact zone of the drains, which promotes a good swash infiltration on the entire foreshore. Moreover, the absence of humidity on the beach has considerably improved the esthetical aspect of the beach.

The monitoring of the beach was carried out by GRESAC of Caen University. The first published results were promising: they very well showed the drying up of the beach and the stabilization of the sediments on the impact zone of the drains.