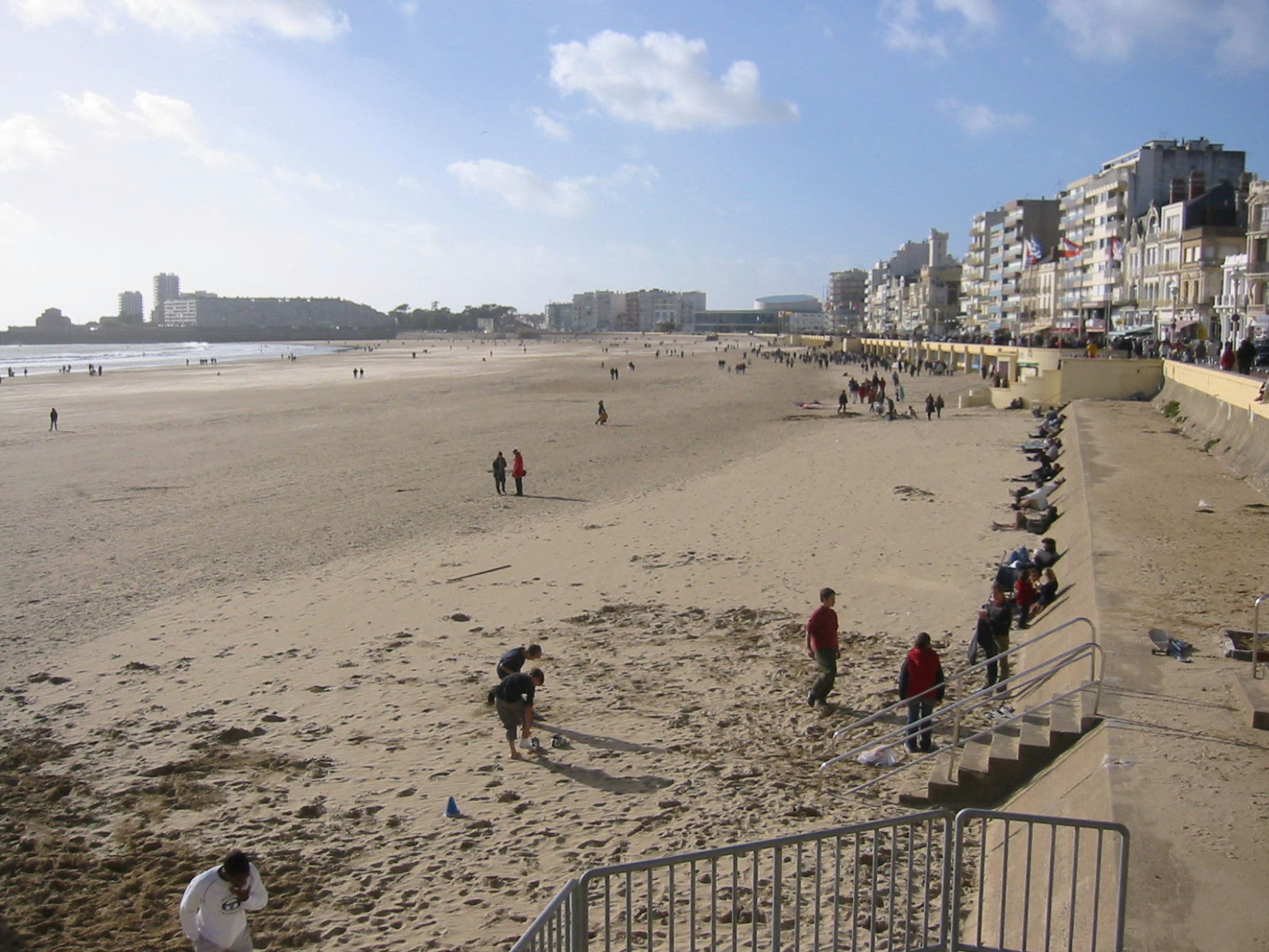 Both the DDE 85 Marine service, who has been monitoring Les Sables d’Olonne Beach since 1970, and SOGREAH, who carried out a survey in 1990, revealed the beach profile was lowering due to erosion.

The threat of beach disappearance on the long run, coupled with the collapse of hard coastal protection, urged the municipality to consider different solutions.

700 meters of drains were installed on the upper part of the beach and 600 meters in the middle of the beach. The sea water captured by these two lines of drains flows by gravity to the pump station, equipped with 2 pumps of 250m3/h. This water is then rejected back to the sea thanks to a discharge pipeline.

Observations since the installation of the Ecoplage® system :

- Drying up of the beach during low tide