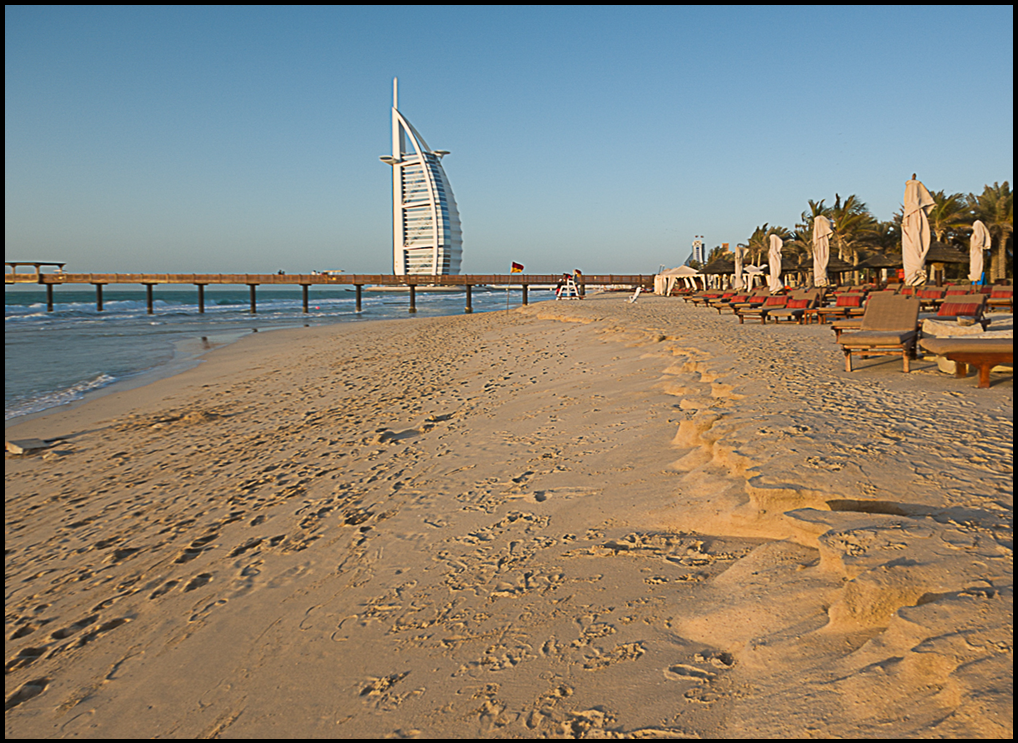 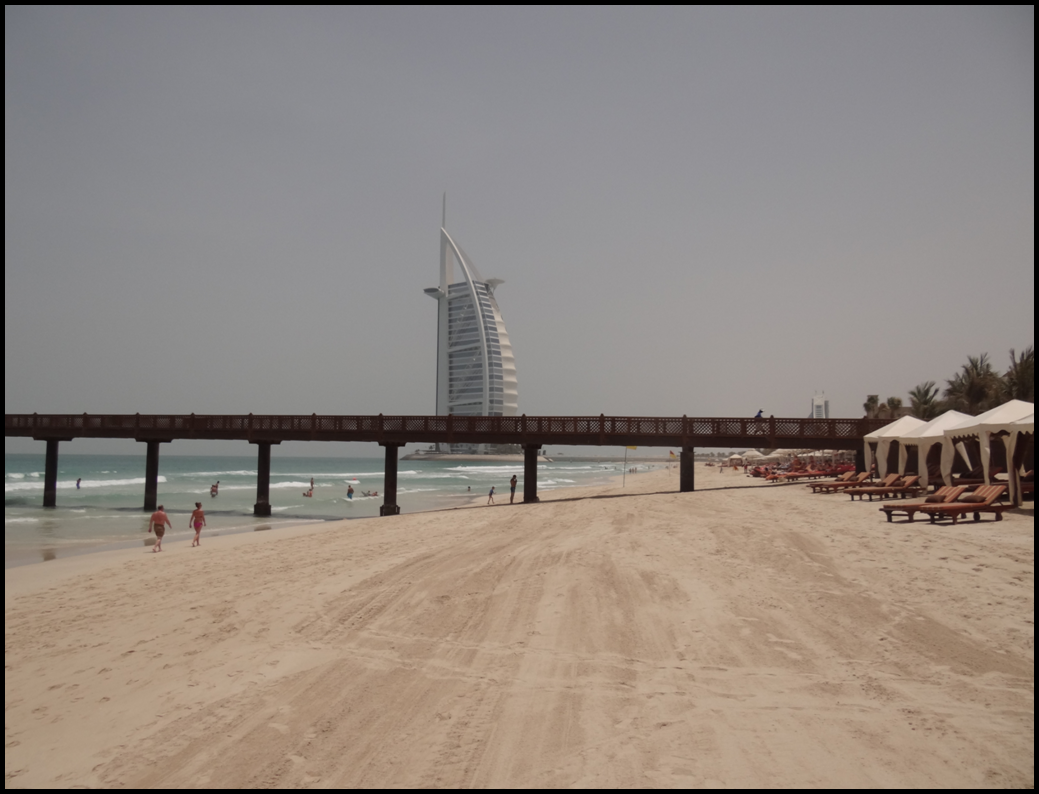 One of the most beautiful natural beaches in Jumeirah, Dubai was suffering from severe erosion. Located next to luxurious hotels, including the Burj Al Arab, the beach was losing 2 meters of sand per year, and even more locally. The construction of gigantic man-made islands on the coast of Dubai has led to major changes in coastal sediment dynamics, resulting in serious erosion on the neighboring beaches.

In order to fight erosion, the management teams of the hotels located on the beach were spending hundreds of thousands of dollars in sand nourishment.

In 2010,  ECOPLAGE was contacted to study the potential of a drainage system on this beach to stabilize it and reduce erosion. Convinced by the project, the hotels' management teams ordered a feasibility study in March 2011. ECOPLAGE designed a drainage system to protect 1000 linear meters of the retreating beach. Moreover, the water produced by the Ecoplage® technology re-oxygenates the artificial lagoons located behind the beach. The system is also planned to be combined with initial sand nourishment in order to recover enough beach width for the tourists.

In July 2011, the order was made to start the project. After an intense month of preparation and mobilization, the works started August of 2011 and ended in October that same year. 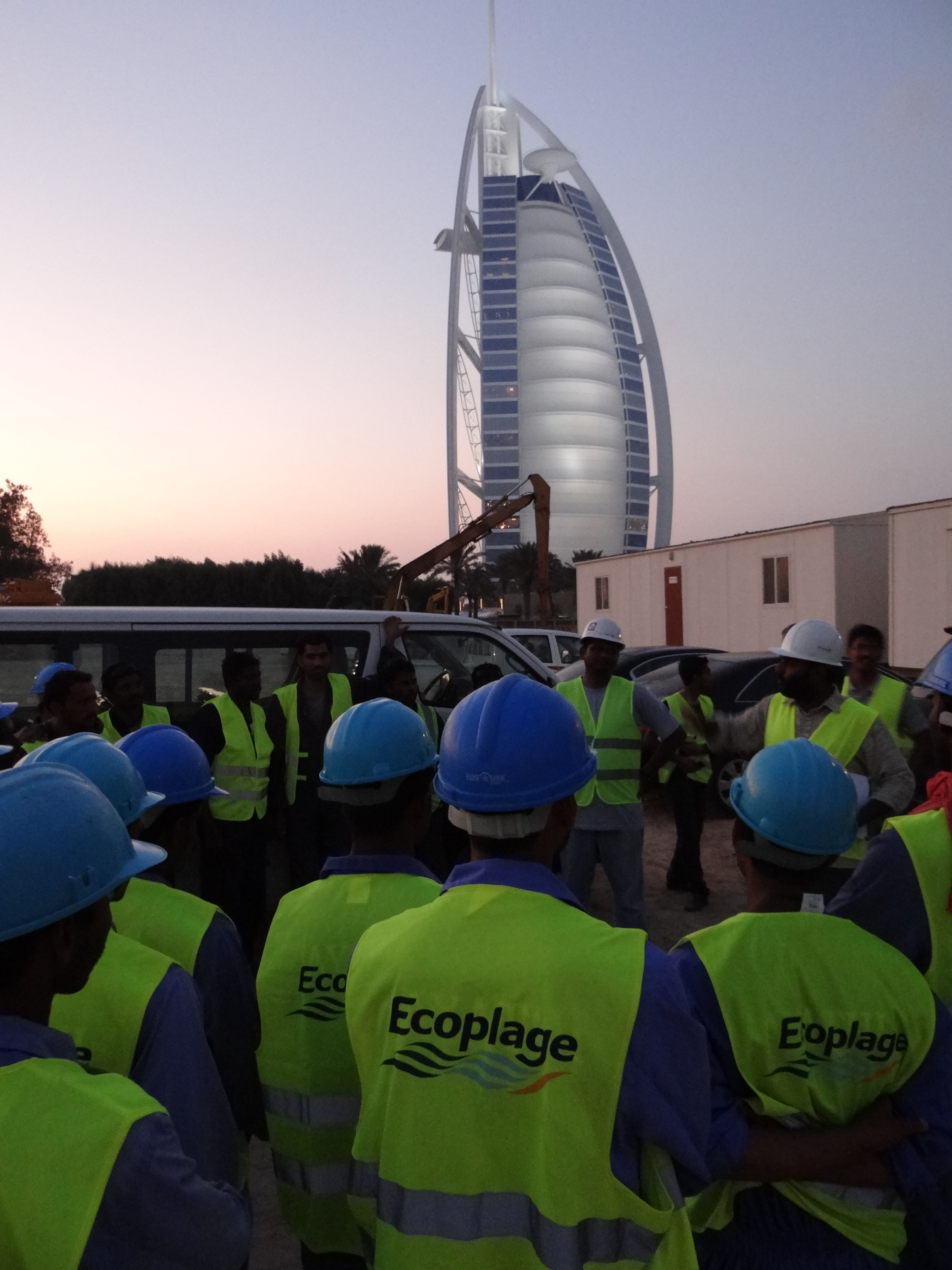 The system consists of : 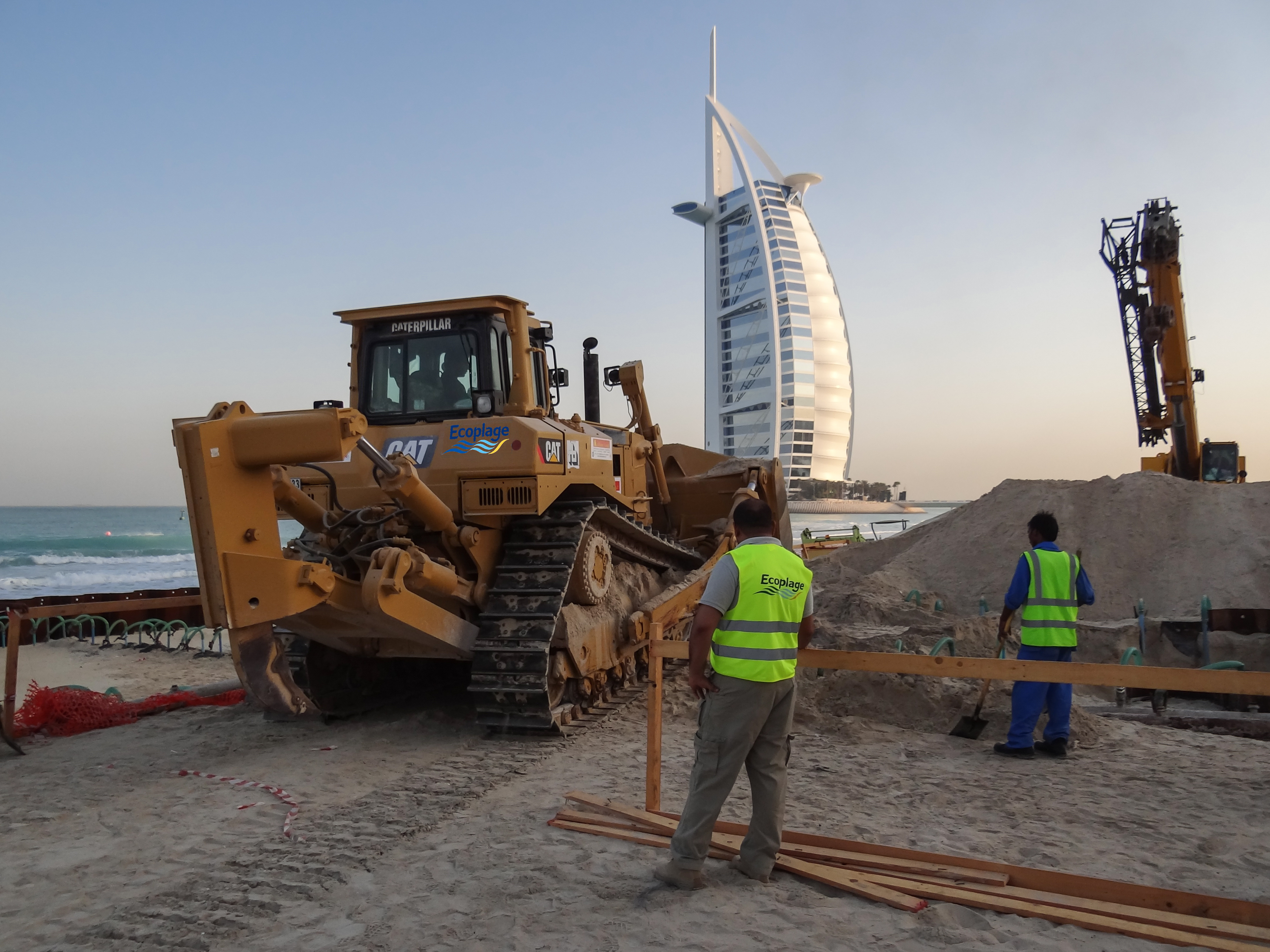 After 3 years using the Ecoplage® technology, results show that the erosion of the beach has been reduced by 100%. The hotel has no more need for further external sand nourishment. Indeed, the accumulating part north of the beach could compensate the eroding southern beach with a simple backpass system to widen the whole beach.

Thanks to the system, the existing microcliff disappeared and led to a gentle slope beach.