The amount of freshwater in the world represents less than 3% of the total water volume. Water access is unevenly distributed around the globe and water needs are increasing each year. The UN estimates that one third of the world population will be affected by water stress and water shortages by 2025. In numerous regions in the world, freshwater sources are insufficient for their population growth and industrial production.

Although salted water in our oceans is abundant (97.2% of water on Earth), it is not drinkable as it is. However, desalinated water would be potable.

How could this natural resource meet the growing demand in clean water? One solution exists: seawater desalination.

Desalination is technology created to obtain fresh water (drinkable or for irrigation) from brackish or salted water (seawater). This technique is currently mainly used in the Middle East.

Other techniques exist to desalinate seawater but they are mostly used for smaller units. It’s the case for the electrodialysis method, the condensation method and the freezing method for seawater.

In the context of human consumption, desalination is a more reliable and cheaper method (up to 0.5 dollars per cubic meter on recent projects) than recycling waste water. Desalination is particularly profitable in developed and touristic regions like islands for example. Currently, 95 million cubic meters are produced each day in the world (2018) thanks to desalination. It is used for boats, industries, communities and offshore platforms.

Although, the UN warns about this practice that needs to be studied and improved in order to avoid problems related to brine discharge in the sea.

One of the disadvantages of desalination is its high energetic cost. Our partner Mascara NT was able to solve this issue by coupling the reverse osmosis technique with solar panels. 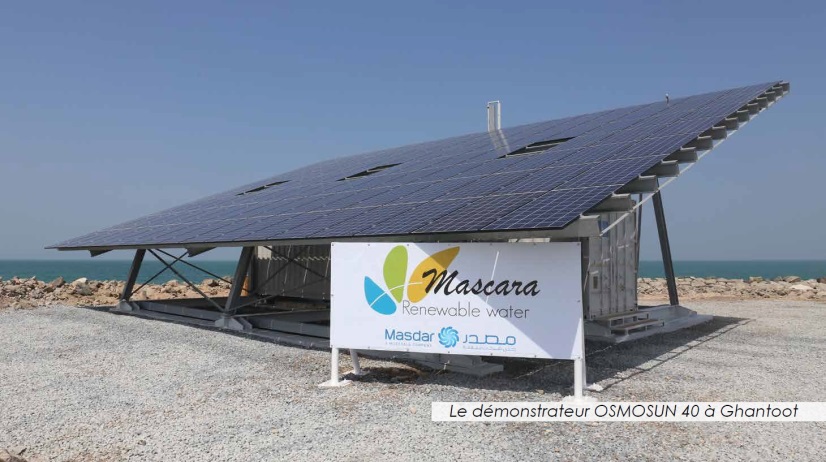 Clogging and fouling on the seawater intake or on the desalination units can also be problematic. Enerplage® solved this problem thanks to its drainage system that obtains highly filtered seawater by the sand of the beach.

Seawater desalination is a booming technique, especially in developing countries and arid regions to facilitate access to fresh potable water. Desalination is a promising solution for the future if we continue to improve it to meet the increasing water needs in the world.